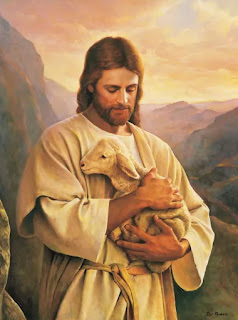 The greatest man in history is Jesus.

Do you know Jesus?
Well, it is easy to know him and experience his undying, unfathomable love and affection.
He came and died for you.
"For God so loved the world that He gave His only begotten Son, that whoever believes in Him should not perish but have everlasting life." (John 3:16) (KJV)
There is no greater love than Jesus.
"Greater love hath no man than this, that a man lay down his life for his friends." (John 15:13) (KJV)
Accept Him today if you don't know him.
Sinner's Prayer
"Dear Lord Jesus, I know that I am a sinner, and I ask for Your forgiveness. I believe You died for my sins and rose from the dead. I turn from my sins and invite You to come into my heart and life. I want to trust and follow You as my Lord and Savior."
Now, go and tell someone and welcome to His Kingdom. Leave a comment. I'd love to know you accepted Jesus as your personal savior and Lord.
Amen and Hallelujah.
Pastix Rachel